What it is about

The story and the documentary movie 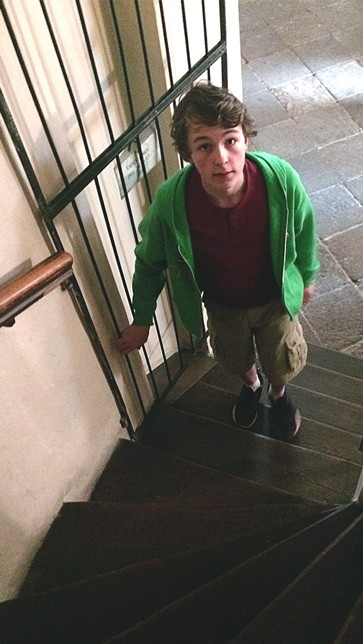 And what’s his story

Thirteen-year-old Kevin, living in Kansas City, found himself on a visit to Prague, where he met with recent undergraduate Jakub. Kevin loves history and is interested in the native country of his mother. He especially loves stories and legends about knights and other heroes. Jakub offers to be Kevin’s guide through Prague and during their journey, shows him many sights and tells him stories from the distant and not so distant past.

James passes with Kevin four routes, each of which has six stops, Prague’s major sights, and each of them hiding in addition to the historical significance and beauty of architecture stories of people from Czech history. In the movie, the audience will learn about the mythical forefather Čech or about the Czech king and Roman Emperor Charles IV, who built the famous Charles Bridge in Prague, started building St. Vitus Cathedral or founded Charles University, one of the oldest universities in Europe.

About president Tomáš Garrigue Masaryk and his American wife Charlotte Garrigue-Masaryk, or Milada Horáková, a Czech politician who was executed by the Communist regime after a manipulated political trial and whose pardon was vainly requested by Eleanor Roosevelt, Albert Einstein and Winston Churchill. About the occupation of 1968, when Prague was quaking by shooting of Russian soldiers and and the barricades were burning in the middle of the town or about the Velvet Revolution of 1989, after which democracy was restored in the country.

But also about the heroism of the Czech RAF paratroopers who, with the help of the home resistance, made an assassination of the third man of the Nazi Empire, Reinhard Heydrich or about Golem, Franz Kafka and the victims of the Holocaust, or about Sir Nicholas Winton, who, just before the World War II, moved nearly 700 Jewish children from Prague to Great Britain and saved them from transport to concentration camps – he is justly called “the British Schindler”.

About the construction of the National Theater, which was built by even a tiny financial contribution from people – and our heroes played on the stage a part of Shakespeare’s The Comedy of Errors. Or about Karel Hasler, actor, director, national hero – but also folk songwriters of the first half of the 20th century, after which they are still named candies Hašlerky.

But also about Wolfgang Amadeus Mozart, whose opera Don Giovanni had the world premiere in Prague, at The Estates Theatre, or even the devils and water sprites and many others, so that he could recognize the soul of Prague and her heroes in such a fun and interesting way.

Throughout the film, Jakub also reveals to Kevin, one of the greatest secrets from Czech history. 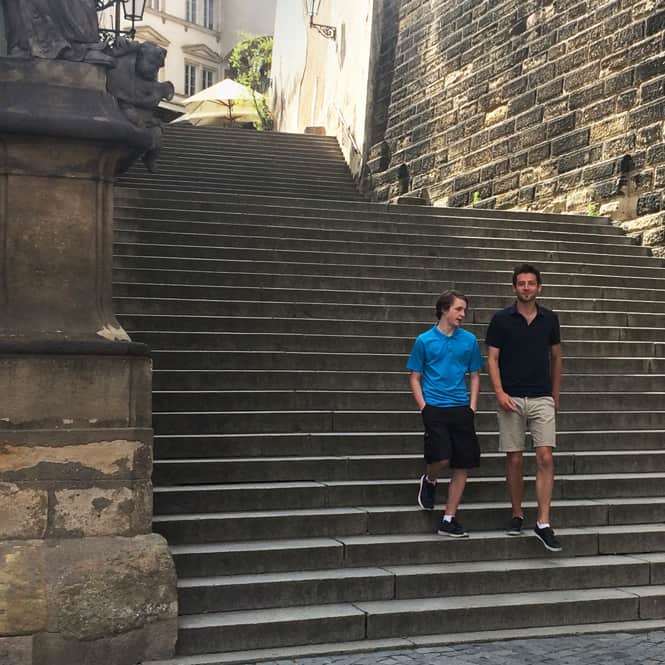 Kevin Alone is a feature-length documentary, with thirty other actors in his side roles, among them:

Kevin will guide the viewers through From Letná to Loretánské náměstí, across Hradčanské náměstí to the Prague Castle and from Old Castle Steps to Klárov. Main Railway Station, Vinohradska Street and Czech Radio. Wenceslas Square, from Narodni trida to the National Theater and along the river to Vysehrad, focusing on the church of Saints Cyril and Methodius, also known as “the parachutist’s church” on Resslova street. Do you have some questions or want to collaborate? Leave us a message and we will get back to you as soon as possible.

Manage Cookie Consent
To provide the best experiences, we use technologies like cookies to store and/or access device information. Consenting to these technologies will allow us to process data such as browsing behavior or unique IDs on this site. Not consenting or withdrawing consent, may adversely affect certain features and functions.
Manage options Manage third parties Manage vendors Read more about these purposes
View preferences
{title} {title} {title}